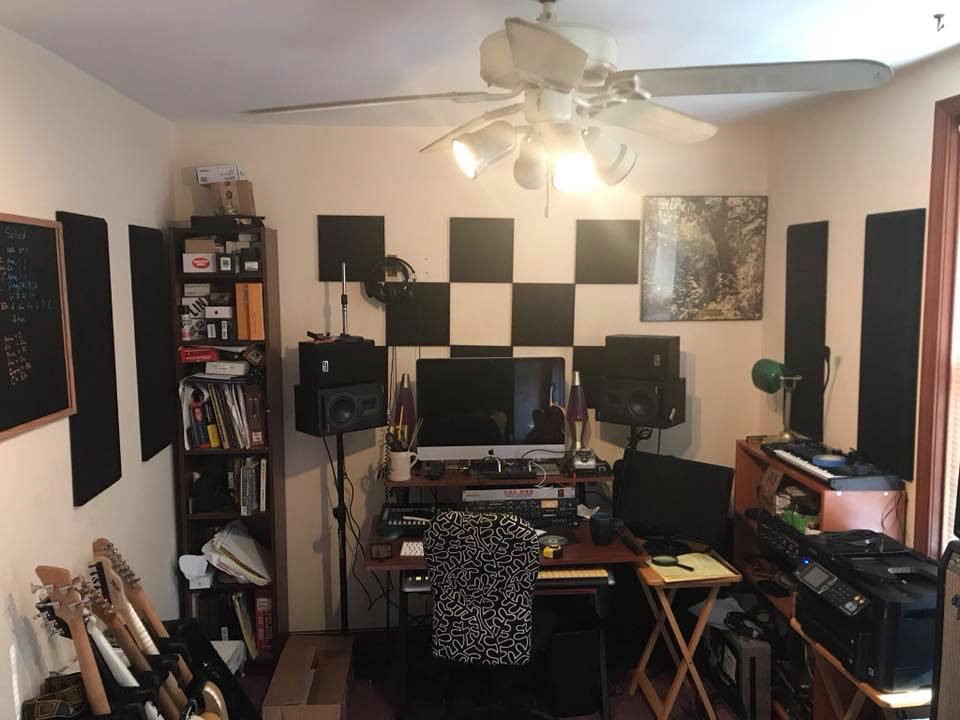 After so many years of putting it off, I decided now would be a good time to do something about my studio (middle bedroom) and its ability to screw up my mixes. I went with a package deal that involved 4 columns and 8 12x 12 squares of fiberglass and cloth to negate any standing waves or other audio anomalies that can make listening and editing a chore. My monitors also had to be adjusted again but I have yet to “tune” the room. But for now, everything sounds fine. Later on, I am planning to get sound blankets for the windows to diminish any outside noise. I wish I had a few grand for a Whisper Room.

Slowly I’m getting my set up as comfortable and efficient as possible. Looking into a more comfortable chair. The one pictured here is an IKEA special and not really designed for long-term sitting. 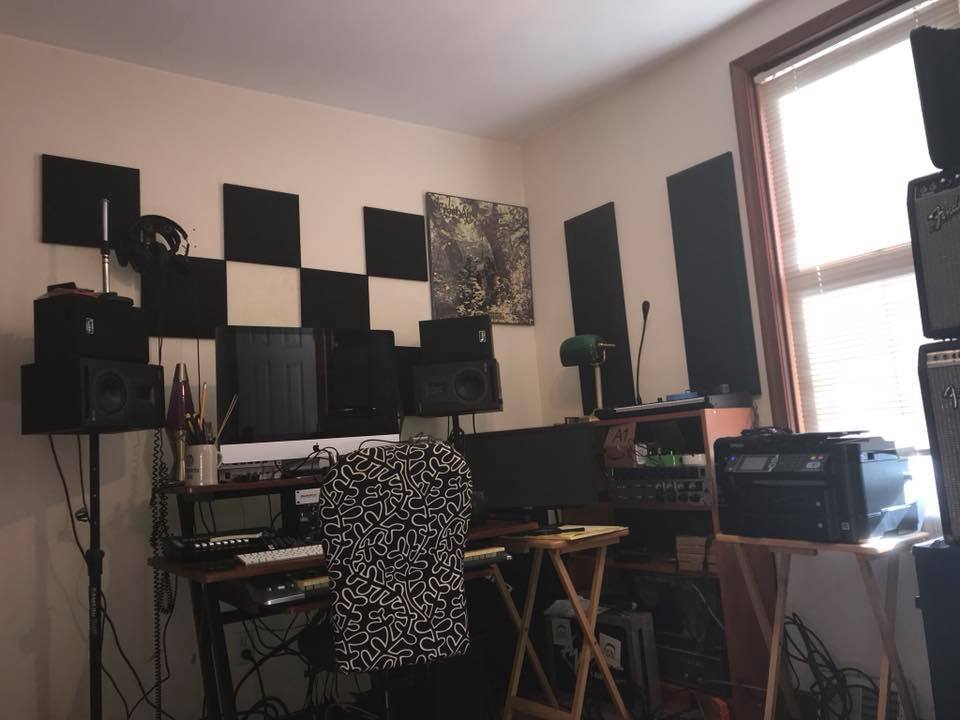 From 10:30 onward I basically removed furniture and prepared the walls for the metal impaling plates that needed to be screwed into the drywall. There was also a lot of vacuuming as well to keep and dust from getting into anything. A lot of time was spent going back and forth with a pencil and laser level but I managed to get everything done, put back and running by 4:30 pm. I think I know why people put this important step, it’s time-consuming but I would agree with most folks who do podcasts, voice over, or any kind of recording. Invest in some sound treatment and abatement before pouring money into gear. A good sounding room will get you better results the first time around than a plug-in. 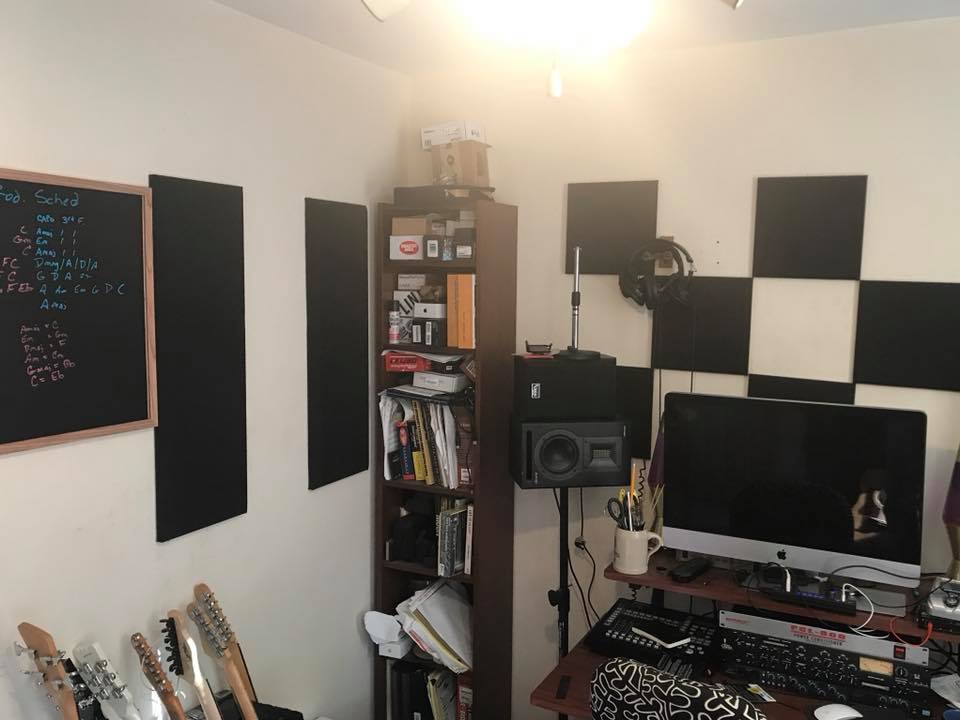 I was lucky to keep my blackboard where it was as well as the guitar hook for my headphones. The lava lamps are a nice touch. Patch-bay and cable snakes on the way for ease of plugging in equipment. I like to use my guitar effects pedals for recording and mixing so having the patch bay will make that much easier.

Stil editing dialog and hopefully I can finally get down to creating sound beds, fx, and music cues. Got a three day weekend coming up at the end of the month so I should get a lot of work done in that department. But for now, it’s getting the words in order.

Below we see “Da Gooch” looking very pensive, maybe we should have given her the fancier mic than the stock SM58? 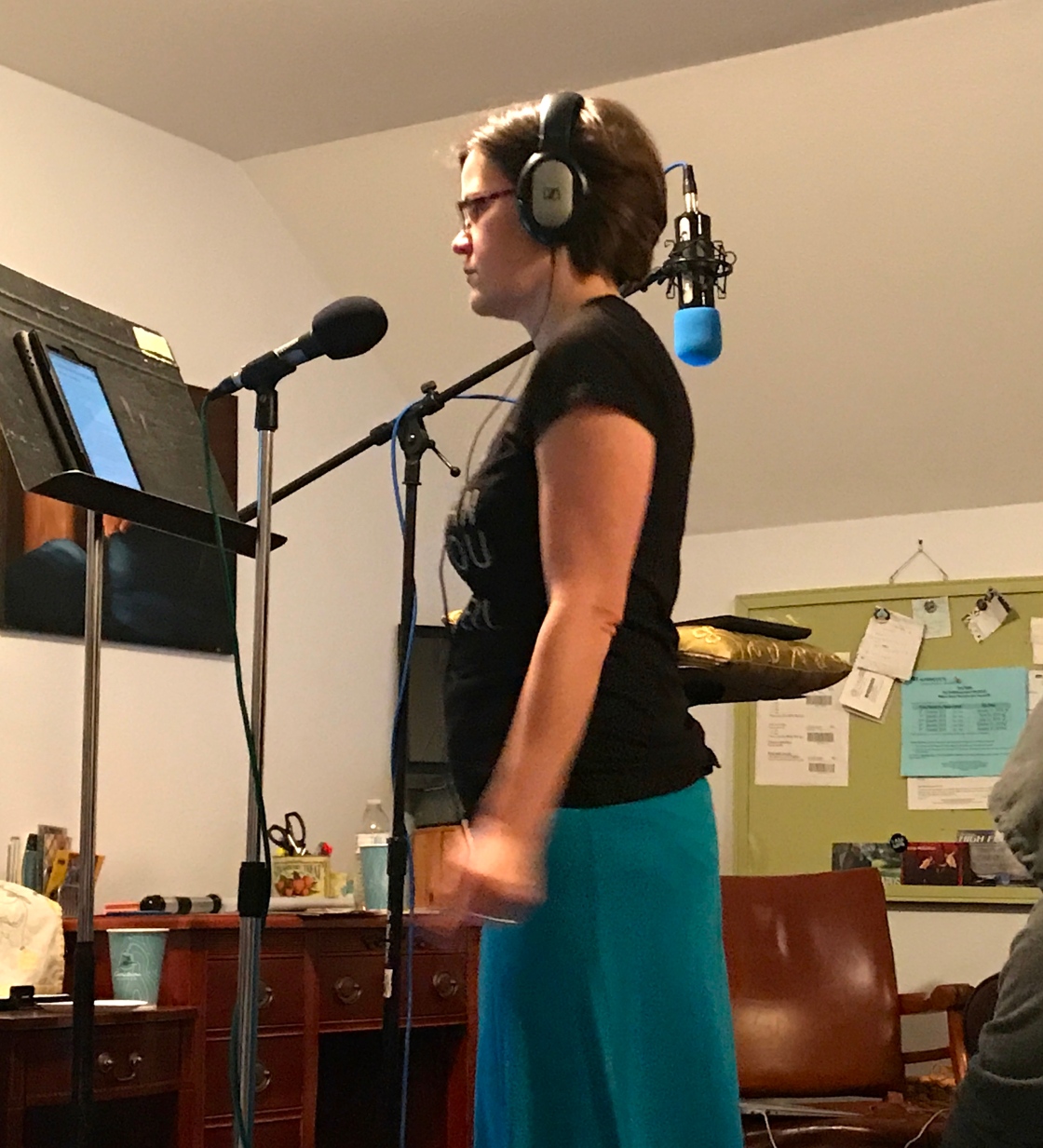 Crow T. Robot was far too wasted to contribute any commentary or witty lines to the proceedings 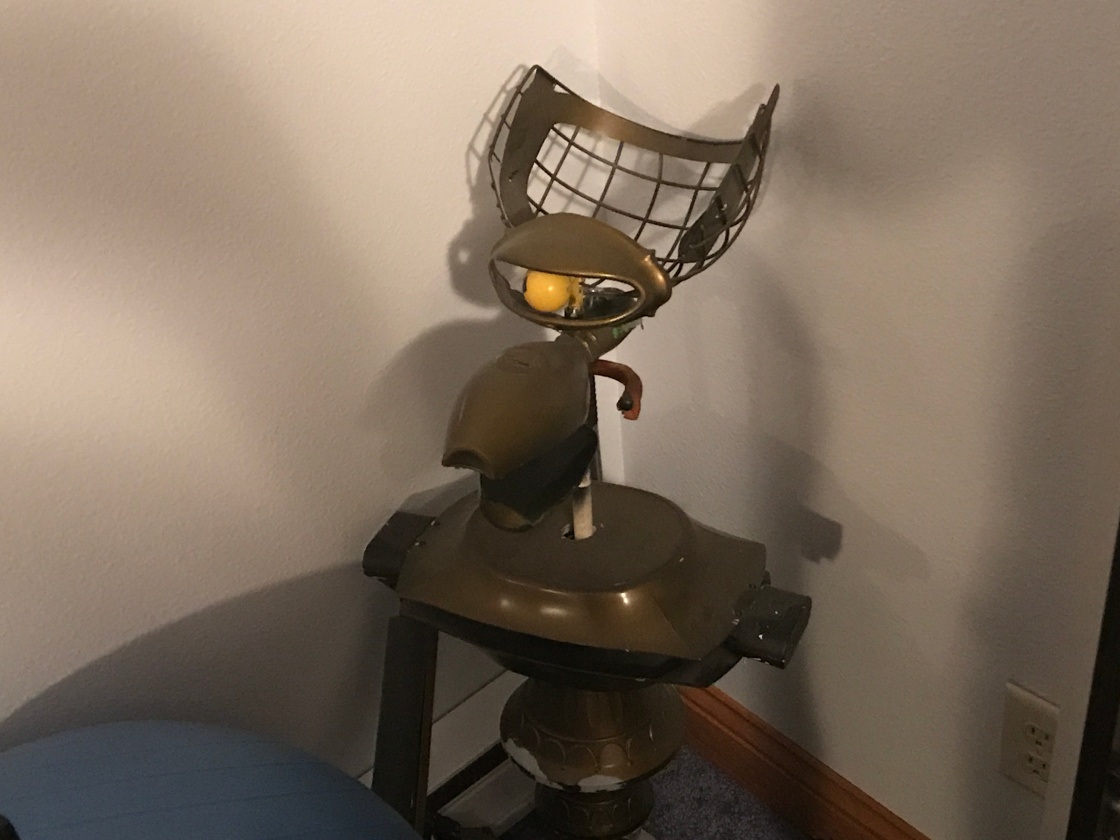 It’s pretty clear that I have run out of anything more interesting to say so I’ll leave it here. Of course, if you do not have a clue about some of the jargon I have used, feel free to drop me a line.